Adding another cat isn't a piece of cake

Cats aren't naturally gregarious, so before your cat-owning clients decide to add a new feline into mix, ask why.

"A new feline buddy is NOT what I wanted for my birthday." (Getty Images)Q. Some people think that they can put two or more previously unacquainted cats together in a house without any preparation and then expect no problems. Can you help break this myth?

Dr. Sarah HeathA. Introducing cats to each other abruptly can be very stressful if they are not socially compatible. While physical confrontation may not be seen, passive signs of social tension, such as social and physical withdrawal, are likely to occur. This may result in owners considering that there has been no problem with the introduction since there is no fur flying or blood being shed. However cats that are expected to live close to cats with whom they are not socially compatible can suffer from chronic stress, and this can have physical health implications as well as behavioral ones.

Cats are not obligate social creatures, so they avoid unnecessary social interactions wherever possible. When they do spend time with other cats it is usually with those they are related to or have lived with since they were kittens. Two unrelated and unfamiliar cats arriving into a household will have no basis for a relationship and nothing in their normal behavioral repertoire to prepare them for sudden introduction.

It is likely that the cats would be in physical proximity to each other and may be expected to share essential resources, such as food stations or litter boxes. This is not compatible with natural feline behavior, which leads them to establish separate core territories and to avoid sharing resources with anyone outside of their social group.

Q. What is the best way to introduce two cats to each other?

A. The first thing to consider is whether it is appropriate to introduce the cats. For example if the one cat is a solo cat in a household, it is important to question the reason for taking on another cat. Owners will often think that they are getting a companion for the existing cat but this is not the case. The resident cat has no reason to consider the newcomer as part of its social group and, while there is the potential for cats to develop friendships over time, it should never be assumed that this will happen.

Anyone taking on a new cat should realize that the newcomer will be a single cat within the already existing household, like another tenant moving into a house of multiple occupancy. The cats may tolerate each other's presence if they are introduced gradually and their need for separate core territories is respected, but wanting the resident cat to have a friend is not a valid reason for taking on a second cat.

For those owners who would like to own more than one cat, it is best to plan to take on more than one kitten from the same litter or to introduce kittens to one another in the early weeks of life. Cats become socially mature between 2 and 3 years of age. After this, they are less likely to be accepting of social interaction with a newcomer. So if people are wanting to expand their feline household it is better to do so before the residents reach social maturity.

Even then it should be assumed that the newcomer is a new social group and make sure that its arrival does not put any strain on the resources used by the resident cat. Totally separate feeding, toileting, resting and drinking stations need to be provided. It is recommended to prevent any visual contact between the cats for a few days and in some cases a couple of weeks in order for the resident to have the chance to adjust to the presence of a new feline scent within the household before actually encountering the new arrival. The use of the feline appeasing pheromone (Feliway MultiCat-Ceva) may be beneficial to increase the sense of personal security for both of the cats but it is not going to alter their perception of the other cat.

Proactive introduction should be avoided, and it is important not to use food to encourage the cats to come closer. Cats are solitary feeders, and eating in the presence of another cat is potentially stressful. The aim of introduction is for the cats to live in peaceful tolerance of one another rather than to become friends.

Dr. Sarah Heath qualified from Bristol University and spent four years in mixed general practice before setting up a behavioral medicine referral practice in 1992. She is an external lecturer in small animal behavioral medicine at Liverpool University and a certified clinical animal behaviorist under the Association for the Study of Animal Behaviour (ASAB) accreditation scheme. In 2002, Dr. Heath became a founding diplomate of the European College of Animal Welfare and Behavioural Medicine and served as president from 2002 to 2008. Dr. Heath has a special interest in the interplay between behavior and physical illness in dogs and cats and particularly in the role of pain. She lectures extensively at home and abroad on behavioral topics and is an author and co-editor of the recently published Feline Behavioral Health and Welfare.

Dr. Heath will be a speaker at the American Association of Feline Practitioners' 2016 annual conference in Washington, D.C., which will address feline behavior and respiratory diseases.

The American Association of Feline Practitioners (AAFP) improves the health and welfare of cats by supporting high standards of practice, continuing education and scientific investigation. This year's 2016 Annual Conference in Washington, D.C., will address feline behavior and respiratory diseases. Presentations will be geared toward all levels of feline practitioners and include both a paraprofessional track and full-day shelter track. For more information about AAFP and the conference, visit www.catvets.com/education. 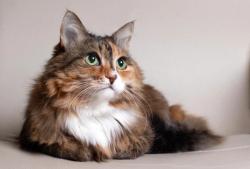