ACVC 2019: Making the case for implementing evidence-based CPR guidelines in a practice

Could the implementation of evidence-based CPR increase survival rates in veterinary medicine?

Comprised of over 100 experts, the Reassessment Campaign on Veterinary Resuscitation (RECOVER) published guidelines on the topic in 2012.

During his session at the 2019 Atlantic Coast Veterinary Conference, Kenichiro Yagi, MS, RVT, VTS (ECC, SAIM), of Cornell University College of Veterinary Medicine, praised the efforts of RECOVER and urged attendees to familiarize themselves with these evidence-based guidelines.

Quoting from a popular saying, Yagi told attendees, “Saving one dog will not change the world, but surely for that one dog and their family, the world will change forever.”

One of the main points stressed in the guidelines, Yagi said, is the importance of initiating CPR early. Simulation drills provide staff with the opportunity to better understand the sequence of events and potential setbacks that may arise, Yagi explained. He also encouraged hospitals to prepare a centrally located crash cart-checked regularly for stock-that provides easy access to the supplies necessary for CPR. Cognitive aids consisting of the CPR algorithm, drug dosing charts and a priority checklist should also be readily available and understood by all essential personnel.

Just as in human medicine, the mnemonic CAB (formerly ABC) is used to describe the priority order of circulation, airway and breathing. Circulation is now regarded as the most important step because any delay in establishing blood flow reduces survival, Yagi said, noting that the paradigm changed first in the human world and has since carried through to animal medicine. Similarly, chest compressions should be started immediately if cardiopulmonary arrest (CPA) is suspected. Accurately confirming the lack of a pulse can consume valuable time, while performing compressions on a patient that is not in CPA introduces little harm.

Once compressions commence, proper hand placement, rate and duration must be followed. Understanding proper form is critical, Yagi pointed out, because even when compressions are executed correctly they may only produce 30% of normal cardiac output. At a minimum, compressions should be administered for at least two full minutes with a 10- to 15-second break to reassess the patient. If no change in CPA is detected, compressions should be resumed.

Yagi also shared some pearls for compression techniques, noting that they should be performed in a hand-over-hand formation. “You can interlock the fingers,” he said. "The shoulders should be perpendicular to the hands and elbows should be locked so that the compression force can be even and strong enough to bring the chest about halfway down the chest width." For smaller dogs and cats, Yagi noted that compressions may be performed by holding both hands over the animal's chest in a “V" formation, instead of a “C" formation because the V formation allows for the compression to adequately push the blood out of the heart, where as the C may not get a strong enough ejection of blood to and from the heart.

He encouraged the audience to perform 100 to 120 chest compressions per minute and offered this pearl: “You can perform compressions to [the Bee Gees' tune] ‘Staying Alive,' if you're an optimist, or [Queen's] ‘Another One Bites the Dust,' if you're a pessimist.”

After basic life support techniques have been established, the guidelines encourage CPR teams to provide advanced life support, including monitoring, vascular access, drug therapy and electrical defibrillation. The suggested form of monitoring for effective compressions during CPR is end-tidal carbon dioxide monitoring since the level of CO2 measured correlates to the level of perfusion in the lungs. Drugs can be administered intravenously or intraosseously during CPR without halting compressions. In specific situations, vasopressors, parasympatholytics, antiarrhythmics, reversal agents, IV fluids and alkalinizing agents may be used.

When warranted, electrical defibrillation is useful in patients with shockable ECG rhythms and has been associated with a higher rate of return of spontaneous circulation (ROSC). Defibrillation should be performed immediately after shockable rhythms are observed, but compressions should be resumed and continued until the defibrillator is fully charged, Yagi said. When selecting a defibrillator for a hospital, biphasic models are preferred over monophasic because of higher success rates and less damage caused by the lower current.

Current reports indicate that the survival-to-discharge rate of a patient that successfully achieves ROSC is between 2% and 7%. Factors including underlying disease, the cause of CPA and damage to tissues sustained during and after CPR contribute to mortality. Post-resuscitative care is centered around respiratory optimization and heavily reliant on monitoring. Providing adequate ventilation and oxygenation, hemodynamic support with IV fluids, vasopressors, and inotropes and neuroprotective therapy should also be considered, he noted. Stabilizing the respiratory, cardiovascular and nervous systems provides the best chance for survival while any underlying disease is treated, Yagi said.

Ultimately, even if you feel comfortable with the steps, actually having to perform CPR in an emergency is chaotic. The goal of integrating the guidelines into hospital protocol is to bring as much organization and order to the chaos as possible, Yagi concluded.

The RECOVER Initiative has established a certification process for veterinary CPR that is accredited by the American College of Veterinary Emergency and Critical Care and endorsed by the Veterinary Emergency Critical Care Society. More information on the certification process, online courses, resources such as CPR Record Forms, CPR algorithm, and CPR Drug Charts can be found at recoverinitiative.org. 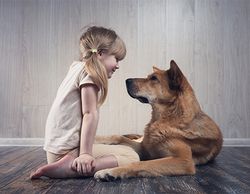 From techs to techs: Happy Vet Tech Week from ACVC! 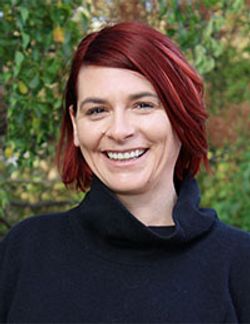