This time on The Dilemma Live: How would you address pet marijuana intoxication with owners?

For years, Marc Rosenberg, VMD, has challenged veterinarians and practice managers to think about how they would handle sticky situations that arise in practice. Now, his column has come to life. Watch this new episode of the “Dilemma Live,” as Dr. Rosenberg and veterinary technician Bash Halow discuss how they would address a client who’s dog became ill after getting into her teenage son's marijuana stash.

Dr. Rosenberg: Hi and welcome to dvm360 TV. I'm Dr. Mark Rosenberg, and this is the “Dilemma Live.” Veterinarians and practice teams encounter workplace dilemmas every day and sometimes they just don't know how to handle them. I'm going to help.

Joining us on the “Dilemma Live” today is Bash Halow, a licensed veterinary technician, certified practice manager and business management consultant from New York, who will share his thoughts on how he would address a dilemma you might face in your practice. I call this scenario, “Marijuana Intoxication.” Bash, how are you?

Dr. Rosenberg: Let me tell you about Dr. Smith. She works in the southwest in a practice. She gets a call, a woman is very upset. The dog is suddenly jumping all over and acting irrationally. She says, “come right over.” The woman comes in, the dog is agitated, and the woman has a 16-year-old son.

Dr. Smith takes the dog in the back, decides that this is a neurological situation and she has to go report to the owner on the way into the exam room. The receptionist says, “The young boy said that the dog got into his marijuana stash and he doesn't want anything to happen to the dog but don't tell his mother.”

Dr. Smith then goes in to speak to the woman. She says, “This is a neurological issue, most likely an exposure to marijuana,” at which time the woman says, “I'm going to kill him," referring of course to her son.

The doctor says, “Listen, we can help the dog. We can assist him. I need him for three or four hours. Why don't you come back then?” The woman goes out, four hours later, comes back.

Dr. Smith has a heart-to-heart talk. She says, “Listen I have to advocate for this dog. You cannot see in the future that this dog is put at risk by exposure to substances like this. I expect you'll take care of this at home.” She also thought in her mind, she didn't have to rat out the kid because he did not want the mother to know that he had done this.

Do you think that Dr. Smith did the right thing? Should she have told the mother everything?and was she strong enough in advocating that this should not happen again to this dog?

Mr. Halow: I don't think that the way that she instructed the client about insinuating that she's got to manage her child better at home was right for her to do. I mean talk about something out of the obvious department.

I mean clearly the mother understands that the kid shouldn't be smoking pot and have pot at her home and the doctor didn't need to rub that client's nose in it. As far as telling it like it is, "I think that this dog is having neurological issues because it was exposed to marijuana." I thought she did a great job, glad she brought up the truth.

In my career, I used to worry about how people would take the truth. I used to prevent to stop myself from talking to problem employees or problem doctors because I was concerned that they would blow up at me, and then I realized I was paralyzed into inaction because I was always worried about how the truth would be reacted to.

And then one day, I decided to absolve myself of how people would react to me telling them the truth and thereafter, I tell you, I've had a great career in management. So I recommend thinking about, you know, assessing the situation and and telling what you think in a respectful, caring matter, thereafter things are probably out of your control.

But that's what you were put on this earth for. That's what we're in this veterinary profession to do, is to tell people what we think and share our talent with the world. So she did the right thing, I just don't know if I would have rubbed the client's nose in it at the end like she did.

Dr. Rosenberg: Well I agree with you almost. I'm a nose rubber because I advocate for these patients, and this animal, in my mind, is the primary focus and it was very important that I let these pet owners know that this cannot happen again in the future. I just wanted to emphasize that. But we have to agree to disagree a little bit on that one.

We certainly would like to know what you think. Now we'd like to hear from you. Do you agree with Dr. Smith and how she handled the situation? Email your thoughts about this to dvm360news@mmhgroup.com.

And of course, for more veterinary dilemmas, visit dvm360.com/Rosenberg. Thanks for tuning in! 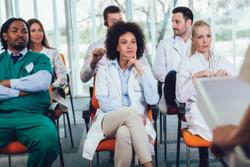