dvm360 presents ‘The Dilemma Live’: Is my client drunk?

This time on The Dilemma Live, with Dr. Marc Rosenberg: A veterinarian notices his client's breath smells like alcohol and confronts her about it. Offended and angry, she refuses to let him or any other staff member give her, her pet and granddaughter a ride home. How would you address this sticky scenario?

In this episode of "The Dilemma Live," Dr. Rosenberg talks with practice management consultant Bash Halow about this sticky scenario: What do you do if you smell alcohol on a client's breath, and that client has not only her pet but also her granddaughter in tow?

Watch the video below, and let us know how you would handle this sticky situation. Email your thoughts to dvm360news@mmhgroup.com.

Dr. Rosenberg: Hi and welcome to dvm360 TV. I’m Dr. Marc Rosenberg and this is "The Dilemma Live." You know, veterinarians and practice teams encounter workplace dilemmas every day and sometimes they just don’t know how to handle them. So today, we’re going to help you out.

Joining us on this episode of "The Dilemma Live" is Bash Halow, a licensed veterinary technician, certified practice manager, and business management consultant from New York, who will share his thoughts on how we would address a dilemma you might face in your practice. And I like to call this scenario, “the drunk client.” Bash, nice to see you.

Mr. Halow: Thanks, glad to be here.

Dr. Rosenberg: Mrs. Houston is at home and suddenly her dog falls and hurts his leg. She panics, she calls Dr. Thompson and says, “I have to come right over. The dog just has just hurt his leg.” He says, “Come right over.” Twenty minutes later she walks in with her dog Jiffy under her arm and her four-year-old granddaughter in tow. Dr. Thompson takes the dog, says, “Can you please hold Jiffy for me while I examine him?” He feels the leg, takes an X-ray just to be sure and says, “Good news, there’s no fracture, it’s just a soft tissue injury or a sprain.” She is much relieved.

He then says, “I’d like to speak to you for a moment,” snd he asks his technician to leave. He says, “Mrs. Houston, I can pick up a little alcohol on your breath, because when you were holding the dog close to me, I detected that. You know, I would be glad to give you guys a ride home after we finish seeing the dog.”

She says, “Oh, I just had a martini, I always have one in the afternoon, I’m fine to drive home.” He said, “No, no problem. I would be glad to do it.” She said, in a sterner voice, “No, I can do it.” So, Dr. Thompson determined that he felt that she was not impaired.

He had seen her for years and had respect for her decision-making and he decided, “OK, I’m going to let this woman with her four-year-old and the young dog go home and I’m not going to push things any further.” So that’s the dilemma. Bash, how would you have dealt with this?

Mr. Halow: Well, I’m a little circumspect that this doctor could really evaluate how drunk this woman really is. So, in my life, in my storied life, I have been both a bartender and a bar-taker, and I think that you have to be pretty well stewed before you start putting out some gas that you’re intoxicated. So, I would say, I mean I realize that he got close to her while he was feeling this dog, but maybe he just has a very sensitive nose and he should be aware that maybe the things his sensitive nose is telling him is sometimes blown out of proportion. Or, she is, in fact, really drunk. And if she is, I think that he should have had the courage of his conviction and he should have stopped her from driving home.

Dr. Roseberg: I have to disagree a bit, but you’re saying if there’s any doubt, don’t let this woman endanger the woman and the youngster?

Dr. Rosenberg: What I’m saying, this is something that veterinarians encounter in many different ways every day in their practices, decisions that have to be made based on their judgment in a short period of time. He had a history with this woman, he did not feel she was impaired, although he was a lay person determining this.

Mr. Halow: But if he didn’t feel she was impaired, why even bring it up to begin with? I mean, if he doesn’t follow through, I think this relationship is ruined. Can you imagine this woman going back to the practice where the doctor accused her of being drunk the last time she was there? I think she’s probably too ashamed to go back. If he doesn’t cross the finish line with this ball, that relationship is broken, screwed, it’s done with.

Dr. Rosenberg: Well, that’s the beauty of having the right to agree to disagree. And that is the veterinary Dilemma Live for today. 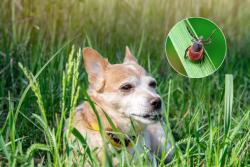 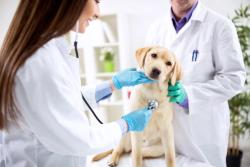 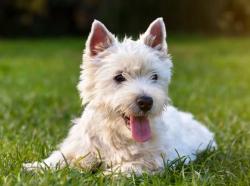